My Defense of TESO(TU) & Why You Should Play It 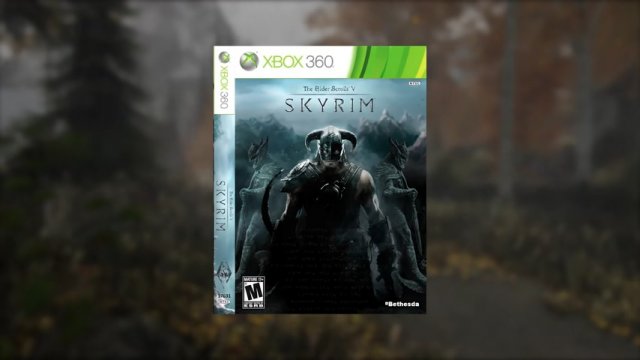 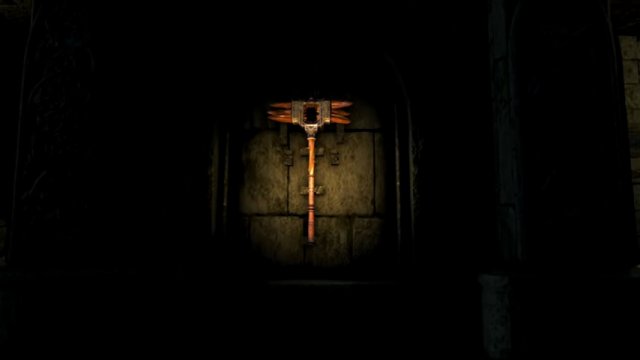 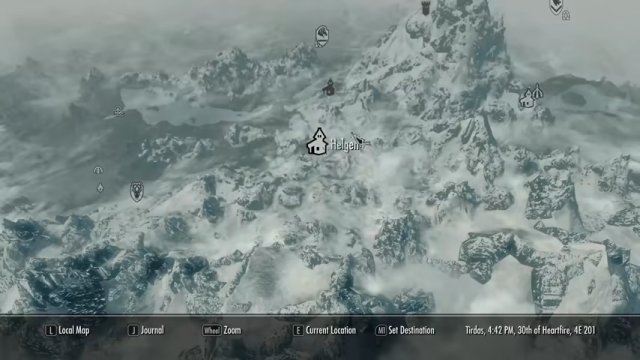 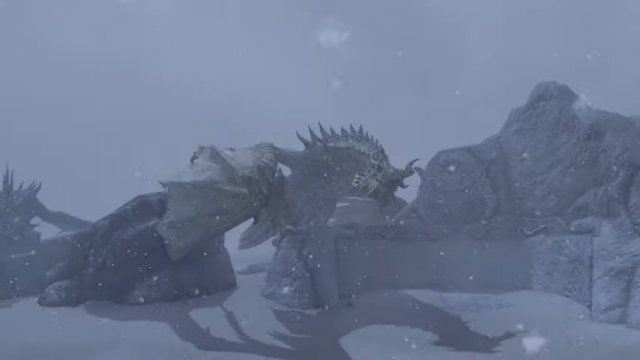 Balomew said:
Kohlar the Unkilled
For a time , I believed that Bethesda 's The Elder Scrolls series contained the best lore attainable : the most in - depth , intricate , interesting , and complete characters and plot. With time and closer inspection , my opinion has changed. There are plentiful plot holes in TES games and the lore of the games are not always compatible with each other. I 'm not saying that the lore is bad or that Bethesda did a bad job ; what I 'm saying is that lore realism doesn't seem to be a main goal of theirs , and that they could have done better lore - wise had they been more interested in pursuing lore over gameplay.

That is a long , winding discussion for another time. Part of the reason I bought ESO [ which was when the subscription fee was removed ] was because I didn't want to miss out on potential lore and exploration. Both aspects remain the main reason why I still play , besides the fact that I mostly enjoy the combat [ but not dungeon ] system. Exploring is possibly the most important thing to me in this game.

ZeroDragon
[ Could have sworn we've met. ] Ma'iq the Liar ?
Click to expand...

Thanks for the detailed reply. I haven't examined the lore closely enough to detect the holes, and game-to-game inconsistencies. I trust that they are present and perhaps I'll find them. However, it shouldn't bother one who's aware of the inconsistencies and holes that exist within the history of any civilization. It could be posited that the very inconsistencies within TES lore adds to it's realism. After all history, is really a matter of perspective.

(It would be worthy of a new thread: the long, winding discussion you mentioned above and reserved for another time. I'd contribute.

Kohlar the Unkilled
My pleasure. Skyrim was my first roleplay video-game and my first introduction to roleplaying in general , so I wasn't accustomed to plot holes between games, as in between the single - player TES games and ESO. There are others that are actually upset about it ; personally, I don't mind lore incompatibilities between games - it's an MMO after all and I'm here to enjoy it , not look for things to criticize. But it would be an interesting [ and , again , long and winded ] discussion to reserve for another time. Perhaps I should start a thread ? I'm no expert.
C U R R E N T

Balomew said:
Kohlar the Unkilled
My pleasure. Skyrim was my first roleplay video-game and my first introduction to roleplaying in general , so I wasn't accustomed to plot holes between games, as in between the single - player TES games and ESO. There are others that are actually upset about it ; personally, I don't mind lore incompatibilities between games - it's an MMO after all and I'm here to enjoy it , not look for things to criticize. But it would be an interesting [ and , again , long and winded ] discussion to reserve for another time. Perhaps I should start a thread ? I'm no expert.
Click to expand...

Well I say make it so.

The Skyrim General Discussion Forum would be the best place for such a thread, I would think. Let commence the thread of lore!

As to the topic at hand: I'll indubitably purchase and play TESO. Because it's TES. And then again, it's just not... I mean, this may seem a small thing, (and it's just one of the things that bother me), but I just can't fathom the concept of finding armor- but not being high enough level to wear it. So, I haven't the skill required to put it on?? That bugs the hell out of me.
"Thash grape!"

Kohlar the Unkilled
Yes, but like what I said before, I'm not familiar enough with Online lore to start the thread, even though I care about lore overall.

When you purchase Online, PM me so we can be Friends. I'd put out my ID or character name now, but you never know who else will see, as these forums are public and there are some people out there that would abuse the opportunity. I'm only with the Covenant for now but personally like the Queen of the Dominion and want to explore Skyrim as a Pact member.

It's not finding armors that I'm too low-level to wear [ you can always spent more time exploring and on side - missions so that you will be the " right " level when the time comes ] : what bothers me is being given lore - friendly rewards [ weapons or apparel ] that I can't use, ie heavy armor or two-handed weapon for a nightblade. So I just sell those important items because I have no need for them.
C U R R E N T

Bring me my broadsword, and clear understanding.

M'aiq is a khajit who appears in elder scrolls games. As ESO is 1000 years before Skyrim I guess the one in ESO is the great grandfather 8 times over (or something like that).

In ESO, there is an exploration achievement for speaking to him in different areas.
Once more unto the breach, dear friends, once more;
Or close the wall up with our Skyrim dead.
In peace there's nothing so becomes a man
As modest stillness and humility:
But when the blast of war blows in our ears,
Then imitate the action of the sabre cat;
Stiffen the sinews, summon up the blood,
Disguise fair nature with hard-favour'd rage.

I really wanted to like this game. I gave it so many tried, but it just didn't get there in the end for me.
MMOs were my favourite games to play, and I was always playing one or another. Eventually I just didn't have the time to pour into an MMO, but TESO was announced and it really piqued my interest because of my love for Skyrim.
I guess it's a bit my fault, because I went in thinking it would pretty much be "Skyrim: Online" but that wasn't the case. For its time, I felt like the game looked dated. (So does WoW I guess, so there's not too much of an argument there).
Anyways, I got into the beta and was super excited to try it out. I got to the character creator and I was just... incredibly disappointed. It was lacking so much. I had played some Korean MMOs: TERA, Blade & Soul, Black Desert and all of these games had really good and diverse character creators.
After I managed to get through that and get into the game, the combat just felt slow.
The end of my Beta experience came at the end of the starting area where you rescue the guy and go up the beam of light. My game would just crash at that point over and over.
"But it was a beta!" you may be saying, and you'd be correct. So I took it with a grain of salt and waited for the full release of the game.
To my chagrin, the full game was not much better. I had a close friend who played it a lot and I'd go over to his house and see him play the higher level content, and still looked very blah to me...

chobo
I don't play The Elder Scrolls Online : Tamriel Unlimited for the graphics. It is a MMO with all that encompasses, not a serene single - player game. I personally find it beautiful, although the marksmanship mechanics really bother me. Pickpocketing also doesn't feel right. But where the character creation comes into play, I have to agree with you there : it is atrocious.
C U R R E N T

Well that's disappointing. Character creation is a very important aspect of any game, to me. I'm the type to spend an hour getting the face to look a certain way, tweaking every possible feature... then wear a helmet the entire time..

Kohlar the Unkilled
I can relate to that. I am one that does not pore too long over facial details but does not like my character to wear something on or over their head. That includes hoods because they are not realistic for combat or sneaking due to how they limit vision. Those videos about realism have gotten to me, as you may be thinking, but they do not stop me from enjoying a game. Anyway, the character creation in TESO:TU is not great but that doesn't mean that you cannot create good looking characters.

Hey ! The Thieves Guild DLC will be coming out soon ! I have been waiting forever for it. Once I get it, I will start a new game and record it. Is anyone interested in gaming beside me for exploration and dungeons ?
C U R R E N T

Well I was invited to beta-test the game, it looked all good but overall I was very disappointed. Why? I had NO idea where to go and what to do in that game. Pretty much all I knew how to do is walk around and hit some NPC's. Perhaps I would get a better impression of the game if I knew how to play it.

Bring me my broadsword, and clear understanding.

I had similar feel with the beta - I went the wrong way and died too much not realising there was an easy way to get back to where I should be. Fortunately a few people I know decided they were getting it so I joined in and am still playing it on PS4. Yes there are some bits people complain about, it's certainly not for people who want to rush through a game. But our guild is still growing with new players who get any guidance should they need it.
Once more unto the breach, dear friends, once more;
Or close the wall up with our Skyrim dead.
In peace there's nothing so becomes a man
As modest stillness and humility:
But when the blast of war blows in our ears,
Then imitate the action of the sabre cat;
Stiffen the sinews, summon up the blood,
Disguise fair nature with hard-favour'd rage.

All that apart the bugs, crashes and eternal loading screens? No thanks. Skyrim will always be the best TES game ever made.

roydovah said:
All that apart the bugs, crashes and eternal loading screens? No thanks. Skyrim will always be the best TES game ever made.

Seriously? Look, no offense intended, but I'm going to say my part here. Little things like those turn you off? Video games in general must be a painful "habit" then. I'm not defending ESO here, per se, but your reasons apply to most video games.

ESO is awesome. Though it is an MMO - It is *not* the same as Skyrim. Engine and gameplay are different.

If you can get past that and just enjoy the game then it's great.

For me, the game is fine. It's choosing a faction. Now, I really like the Dominion. However in every faction - all of them - there's some Guild or someone I can't stand. The 'people' element.

For addons, Minion works great and very rarely do I have any crashing or problems. Although anytime a DLC gets released there will be issues. Count on it. However these issues will pass.